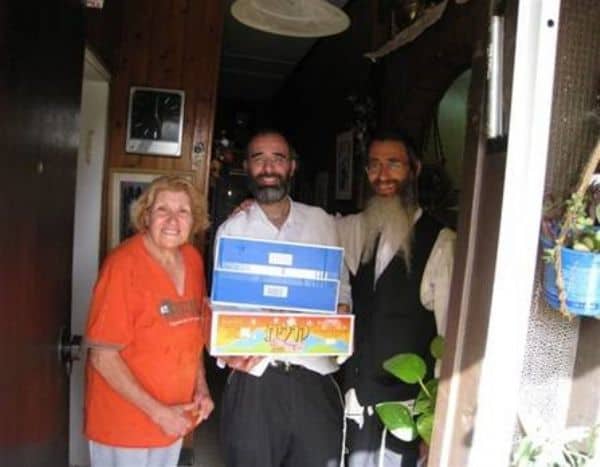 Next week Motzei Shabbos we will be celebrating Lag Baomer. Why do we rejoice with Rabbi Shimon Ben Yochai on Lag Baomer? What’s all the fuss about?

Rabbi Shimon Ben Yochai prophesied (Masechet  Shabbbos 138:b)  that the Torah wouldn’t be forgotten from Am Yisrael, and so it’s obvious that he bears responsibility for it’s happening. Just imagine someone in the high ranks of the government works hard to pass a law that there would be no more poverty in their country- we would obviously expect him to see that it works out that way.

So we rejoice With Rabbi Shimon that is an obvious drive behind so many people finding their way back to Hashem and His Torah.

And so I’m sure that you, as a supporter of our Kiruv movement are a part and parcel of that prophecy. Congratulations! And Tizkeh Lemitzvot.

Your support of. Belev Echad is the life line to 23 Moshavim with over 100 weekly Shiurim. Belev Echad is not beating out a new track, nor kindling a new torch, but rather widening the narrowed path for many followers to join, and adding fuel to the diminishing glimmer of that ancient torch.

Take the story of Ofek as an example.

Ofek was a secular boy from Moshav Gefen, who had just finished the army who started coming to our Shiur in his Moshav.

Rabbi Eliyahu gave him a warm welcome, a broad smile, and invited him to sit up front. For three quarters of a year, Ofek was an irregular visitor to the Shiur. That’s till he decided to try his luck in Chicago, joining a removal truck company, and trying to build up his future. One day he received in the mail a Halachic book with a note from Rav Eliyahu and myself, telling him that many of his past friends had not forgotten him.

Fortunately for him the Golden America didn’t shower him with success and he returned after one year to his homeland to join a Baal Teshuvah Yeshivah in Yerushalyim. He met his wife, a Baalat Teshuvah from Ashdod seven years ago. Now a number of years later Ofek and his wife settled in his own Moshav Gefen and he has taken on leadership responsibility inspiring his family, friends and follow residents as well. Since then, Harav Ofek leads the Shabbat Davening in Shul, Lains the Sefer Torah, leads two Tehillim groups Shabbat afternoon, and answers basic questions in Halacha and Minhagim. Harav Ofek helps us open up new Shiurim to the satisfaction of many friends, and building up the whole Kehillah.

Soon after Shevuot (May 29- June 20) I will be visiting the USA and Manchester( in England). I hope to meet you, thank you personally and add some more stories, time permitting. If I don’t manage to see you then, please donate online or at the below addresses.

Wishing you a happy and meaningful Lag Baomer,